Is it possible to have results in the current folder always shown first?

I have set keywords for a few folders on a mapped network drive, I don’t think it is relevant that this is a network drive. Now at work, we have quite a few folders with the same subfolder names. I noticed and read on this forum here, that Listary learns how often I have opened a folder and prioritizes this result then, which is what happens in the following example I guess.
(Unfortunately I don’t have this set up for folders that do not show sensitive information, otherwise I would have made a video) 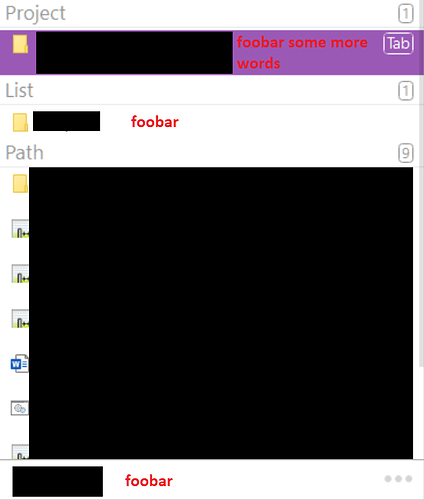 I have an open Windows Explorer window, start typing there and in this current folder, where I started typing (folder SQL Scripts), I have a folder named exactly foobar but Listary shows it as second result, as there is also a folder foobar some more words as a subfolder in a folder where I have set a keyword for (Customers) and that I use/open quite often.

I would like to know if it is possible to have the folder foobar in the current folder where I started typing to be the first result. I so often start typing and even before the results show, I press enter and get to the folder I did not want to get to and am confused^^. Is there an option for this that I missed? If not, this would be a feature request for such an option